I have fallen in love with Joan Bennett and Fritz Lang films, ever since seeing The Woman in the Window (1944), I was captivated by her mysterious beauty. I cannot believe Joan used to be blonde like her sister Constance, in my opinion she looks far more becoming as a brunette, what do you think? 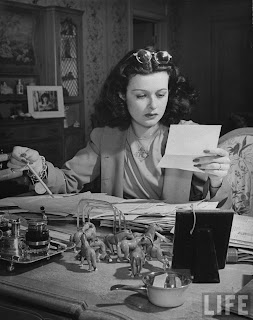 When I saw that The Secret Behind the Door was available to watch on youtube, I stayed up till midnight to watch it all, and I must admit I did break into out into a sweat at some points, from fright and cheap deodrandt.
The film centres on Celia, a trust fund New Yorker who falls for a mysterious man whilst away in Mexico, she marries the stranger but begins to question who she has married. She soon discovers her husband is a troubled man, who has a questionable hobby of recreating rooms where murders have taken place, and there is one room that remains locked and Celia is determined to unlock it, in the hope that she will learn who her husband really is. I definitely recommend the film, it was the first time I have seen Michael Redgrave in a film and it also had the fantastic Anne Revere in it as the sister-in-law.
Anywho, I thought I would share with you some of my favourite ensembles, I particularly loved the tiered wedding dress with the Spanish comb and veil it made me swoon. 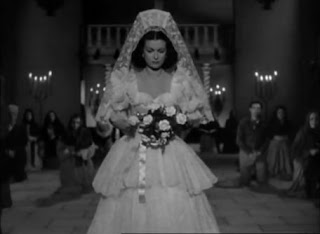 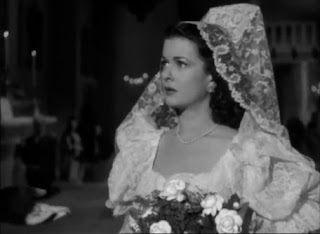 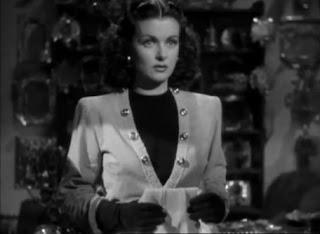 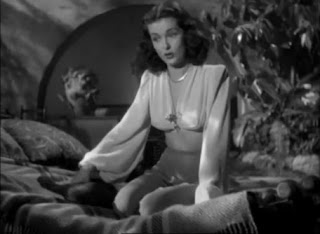 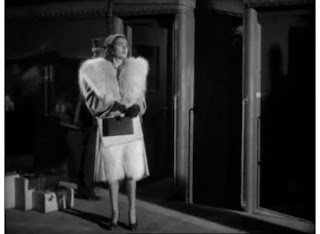 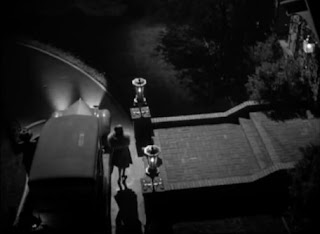 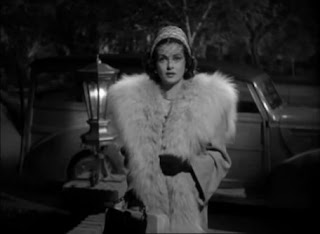 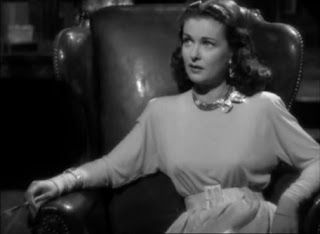 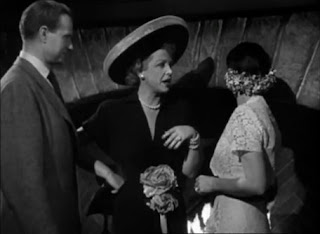 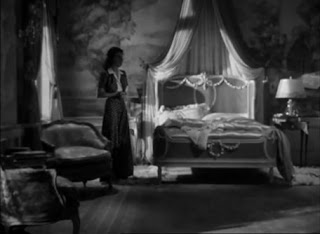 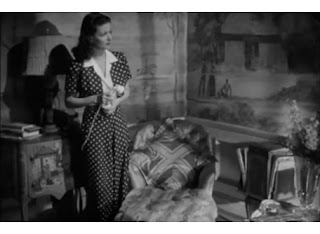