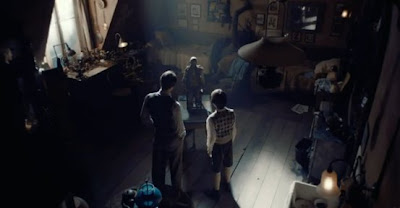 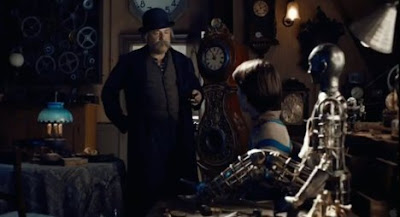 I am very excited to see Hugo, Martin Scorsese's latest film, it is set in 1930s Paris and stars the
ethereal Asa Butterfield, those blue eyes are just mesmerising. I have seen Asa in The Boy With the Striped Pajamas, which is a film I thought I would love but didn't. The film also stars a myriad of good actors; Chloe Moretz and Sacha Baron Cohen, Christopher Lee, Ben Kingsley, Michael Stuhlbarg. The film is based on the book Hugo Cabret (wish they had kept that title) by Brian Selznick, have any of you read the book?
The costumes look very beautiful, which is not surprising considering Sandy Powell is the costume designer, she has worked on The Aviator, Interview with the Vampire, Far From Heaven and is going to be working on Scorsese's next film Sinatra.
Hugo is an orphan who lives in the walls of a train station, surrounded by clocks. Hugo befriends Isabelle, a quirky young girl and a mysterious toy stall owner, and becomes involved in a magical adventure that involves a key, a mechanical man and his beloved father. I love anything to do with clocks, keys and train stations so I am already enthralled. 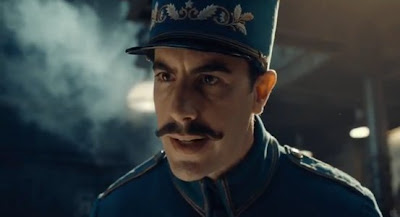 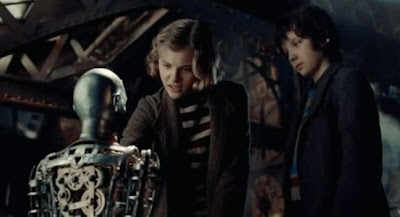 Hugo is released on the 2nd December in the UK and the 23rd November in the USA. All screen caps by me from the trailer. Hope you all have a magical weekend.
Posted by Unknown at 23:34