Restless is Gus Van Sant's latest film, I watched the trailer the other day and it looks right up my street; dreamy, romantic and odd. I fell for Mia Wasikowska in Alice in Wonderland, and Henry Hopper looks like a very promising actor, if he is anything like his father I am sure he will be. 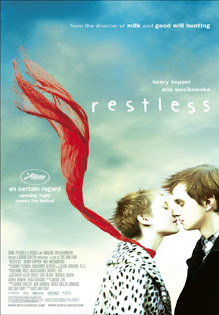 The film focuses on a terminally ill Annabel who falls for Enoch, a boy who has a penchant for attending strangers funeral's , who has an imaginary friend in the form of a Japanese kamikaze pilot from WWII. The clothing for the film look adorable, think I need to pair my leopard print coat with red gloves now. 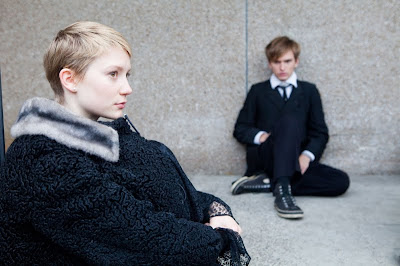 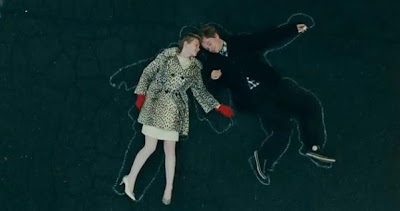 Restless is out on 21st October in the UK and 16th September in the USA. All images found via google.
Posted by Unknown at 20:10