This is the dress I bought a few weeks ago from the Decorative Fair, I will show the rest of it when I persuade my lovely to take silly pictures of me. Its 1940s sequinned mustard number, and I love it as it reminds me of something that Lizabeth Scott would of worn, in one of her numerous femme fatale roles. The below are from Dead Reckoning (1947) which is a brilliant film, plus it has Bogey in it, I will watch anything with his fascinating mug in it. I wore this to the cinema to watch Bridesmaids, which I thought was absolutely hilarious my eye-liner was running within two minutes of watching it, Kristen Wiig is so talented, cannot believe it's the same actress that was in the dreary Paul! 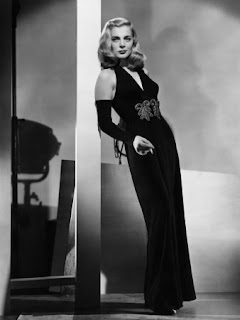 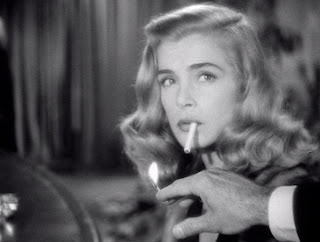 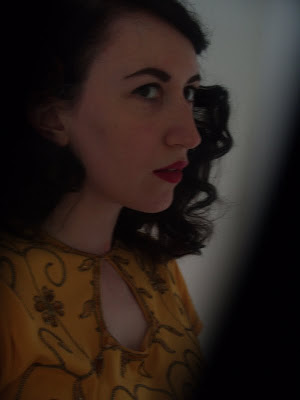 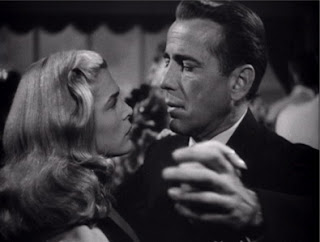 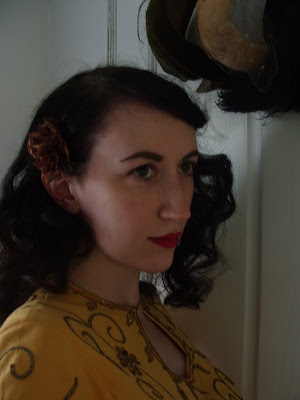 What heroines, or rather anti-heroines inspire your style?