Ever since making papyrus paper at secondary school, to visiting various museums with mummies and artefacts, I have had a fascination with Egypt. And as some of you may be aware I tend to take my interests and inspirations and reflect them in my style.  This scarab collar was purchased via eBay it is wonderfully tacky and OTT so I love it. 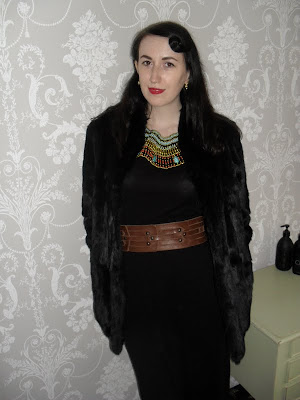 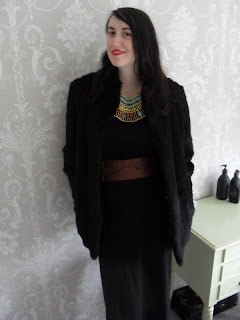 Egyptian style is not something new in the fashion world, in 1922 with the discovery of Tutankhamun's crypt by Howard Carter, Egyptian style began to cross over. With opulent metallic material being used and scarab motifs being translated into modern fashion. Even Egyptian beauty regimes worked there way into the mainstream. 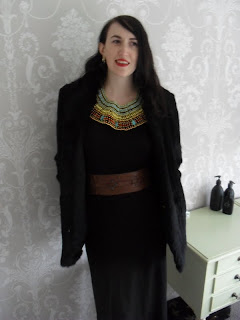 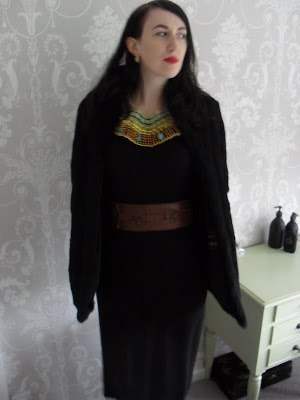 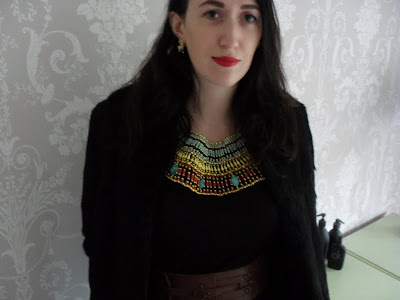 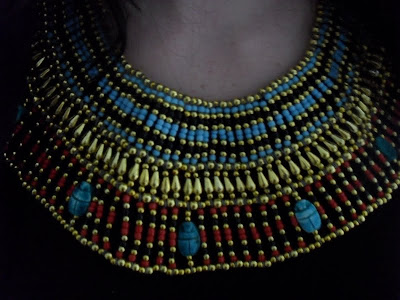 Hollywood has been obsessed with Egypt, in particular of course Cleopatra, who is your favourite Cleopatra?  There is a new Cleopatra film in the works with Angelina Jolie taking the role of the queen, and it is rumoured to have the very talented Tom Hardy in it, should be interesting, at least for the costumes. 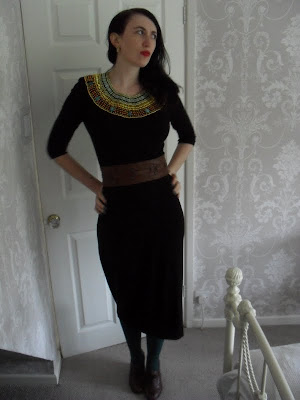 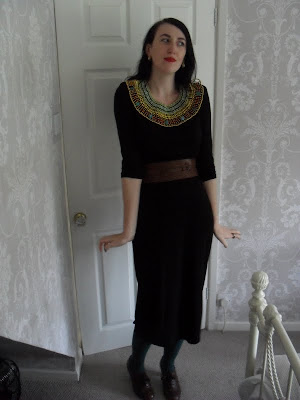 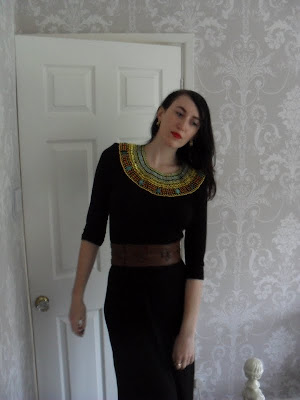 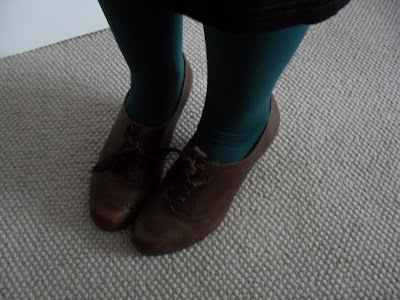 Hope you all had a lovely weekend, I will leave you in the capable hips of Tahia Carioca.
Posted by Unknown at 09:25