So this is a cop out Halloween costume as it was just my excuse to wear a wedding dress and veil. I wore it to work minus the net curtain veil hah, its funny how if you dress 'flamboyantly' everyday of the week how little people notice when its Halloween. Except when I started to walk into my work building and the fire alarm was going off so had to meet all colleagues at the fire point at which point I was the only one dressed up aha, life is too short to not have fun. Hope you are having a wonderful night my precious lil devils.
Note our new blue walls in the front room!
I am wearing vintage wedding dress and tiara
handmade floral crown
and a net curtain 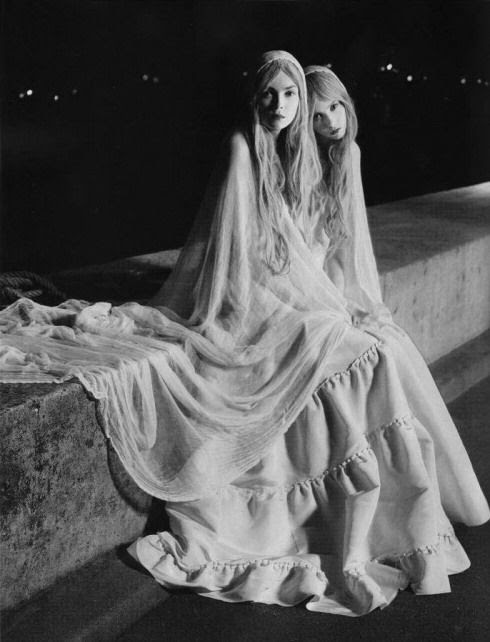 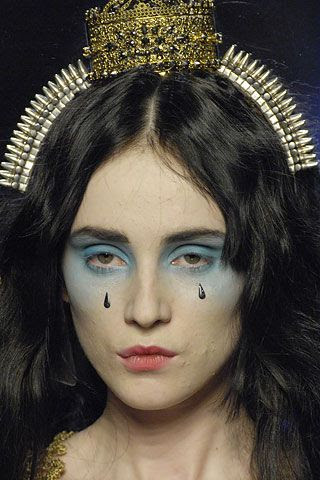 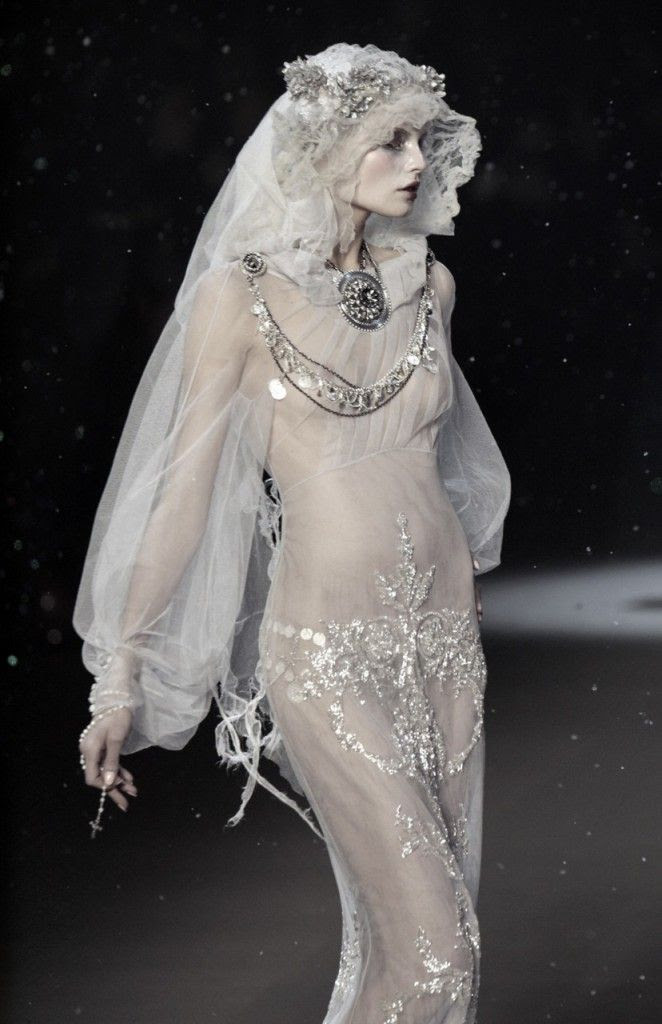 Twas the night before Hallow's Eve

Hello ghouls and goils, as some of you maybe fully aware I adore Halloween I have done since I read the Worst Witch books when I was little. Any excuse for more escapism and I am there. With the house being upside down with improvements I have only recently put up our decorations, I plan to leave them up till Guy Fawkes!

Inca with her munchkins and handmade cobweb

What are you doing for Halloween?

So I told you that I was going to try and buy more practical items ready for winter, well behold practical boots and a cotton dress! That's good right? Both via eBay. The dress is a very vibrant orange which isn't normally a colour I would choose, but I loved the brocade detail. The boots are so comfy they make me feel spectacularly witchy, have any of you been watching American Horror Story? I am so excited about the coven series, I have only seen the first series!

Today has been so blustery in our parts of the woods, so we are having a day of floor sanding and Halloween decorating. It seems that it was in vogue back in the day to have a large piece of carpet and varnish the edge of the floor, so the middle of our floor looks great in the front room, but the edges not so much as the varnish is like treacle, akin to treacle it is impossible to remove although I have not licked the floor to see if it tastes like it, yet. So eager to get the house back together so much to do so little time.

Trying to look seductive amongst the flowers ahh yeah.

Two weekends ago I finally dusted off my poor triumph bike that has been neglected for nearly a year, oops. I love cycling I am not very good at it, but its one of my favourite forms of exercise that and DIY aha. Ben is a far more serious cyclist that I, so it was a challenge to keep up with him. He promised me that we could cycle to Barnes Hospital, a place that spooks him, but holds not only architectural joy to me but also a personal attachment. Built in 1875 this French Gothic revival building looks like a set for a Tim Burton film, it has been left to complete ruin, much to to my chagrin and is fenced up and barbed wired in to prevent further vandalism. Apparently, four local businessmen have purchased it to renovate into living spaces, but rumours of renovation have bubbled to the surface before.

The hospital served as a place for soldiers to recuperate during the Second World War and it was where my Dad stayed after he recovered from a head injury in 1989, I had no memory of ever seeing my dad there was probably too young to go, strange how things come around.

The hospital was used as a location for British Zombie film, The Living Dead at Manchester Morgue, one for the Halloween watch list perhaps.

Autumn and Winter are my favourite months sartorially speaking, the chance to layer up my petticoats get my elbow length leather gloves out and go for long walks amongst crispy leaves. As the weather is so appalling here I might as well embrace the dark side. I am getting so excited for Halloween, I had a costume epiphany on Saturday I need to get ordering my supplies! I am currently snuggled up in bed watching From Hell. Hope you are having a lovely week thus far and do let me know how you a preparing for the upcoming season be it summer or winter! 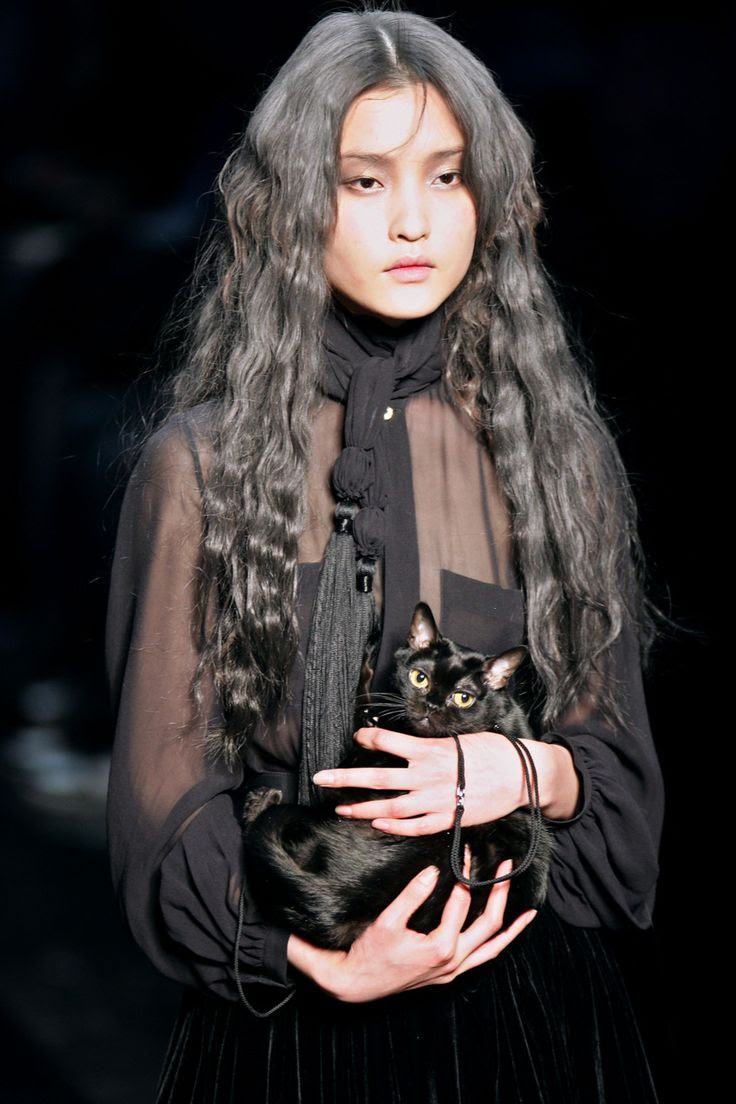 Images via pinterest and my personal backlog of ridiculous amount of inspiration images. 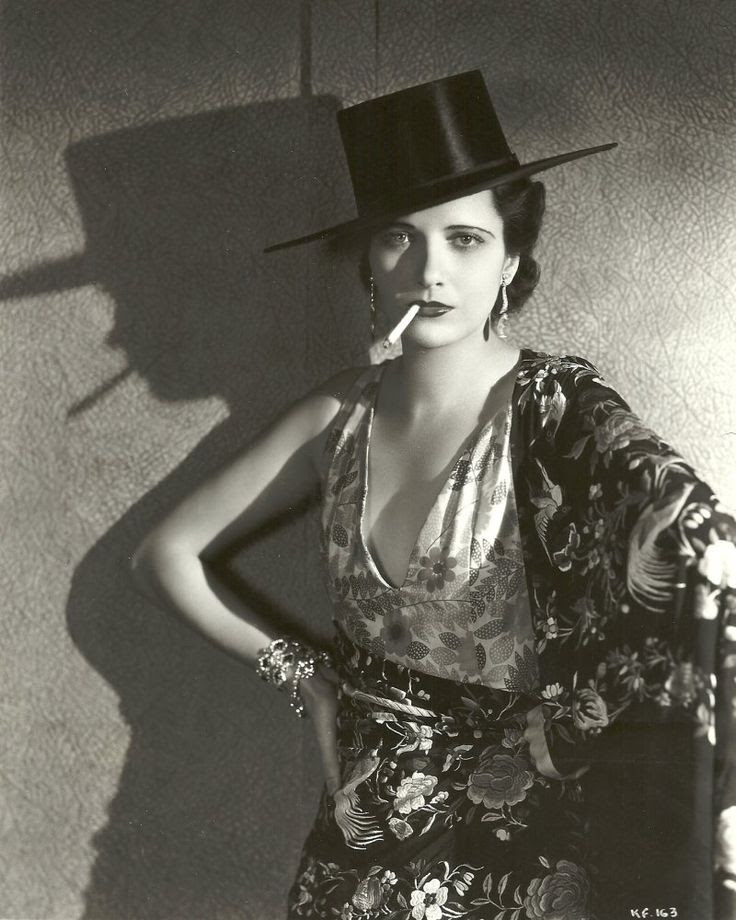 Those big eyes, the sloping eyebrows that stature, Kay Francis was one of the original clothes horses in Hollywood. She was known on the lot as the 'wvashing Kay Fwancis' for her inability to pronounce 'r's'. The way she wore clothes on the screen just makes me swoon, and she is such a loveable presence. Currently watching Jewel Robbery 1932 which is double winner for me as it also has my dear love William Powell in. 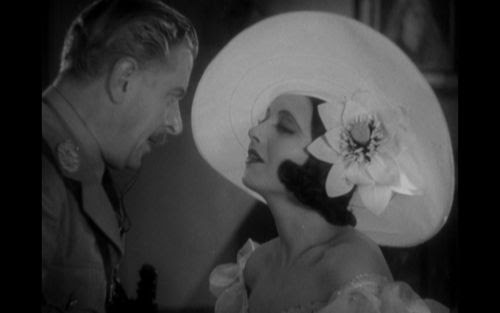 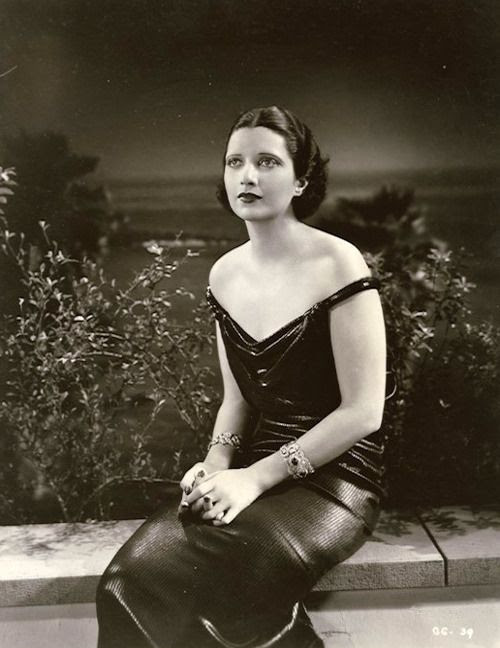 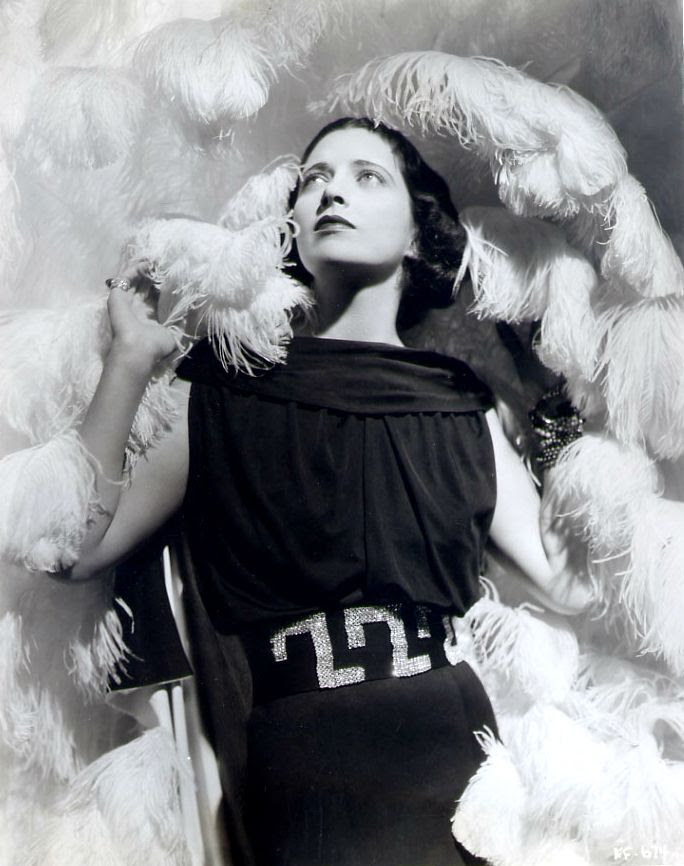 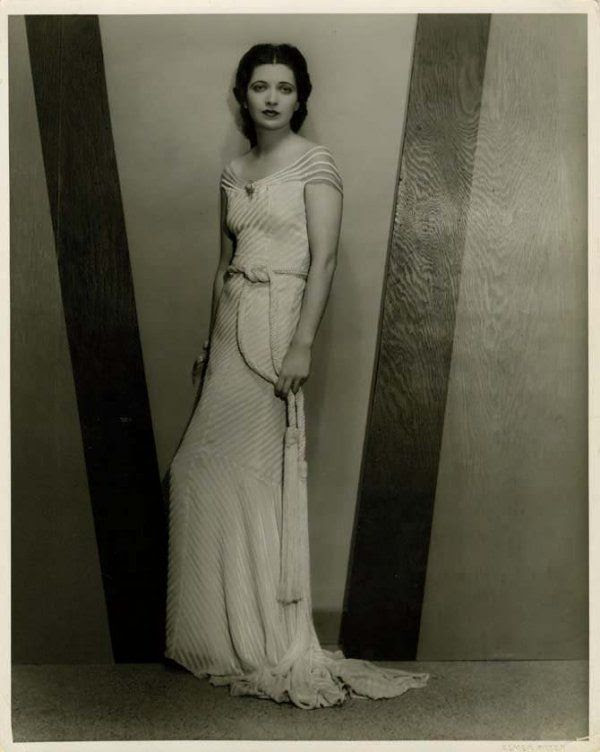 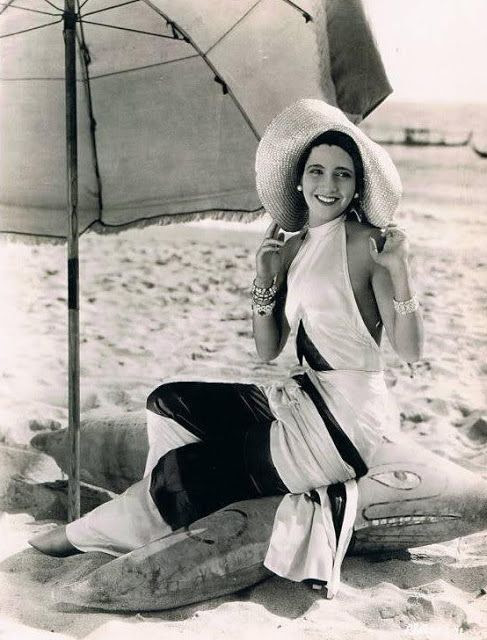 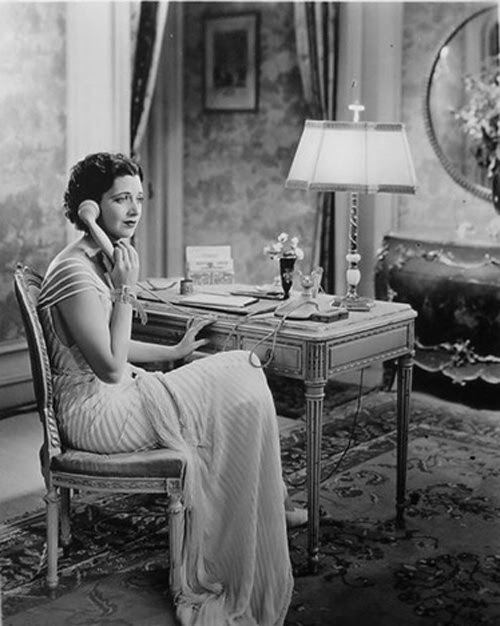 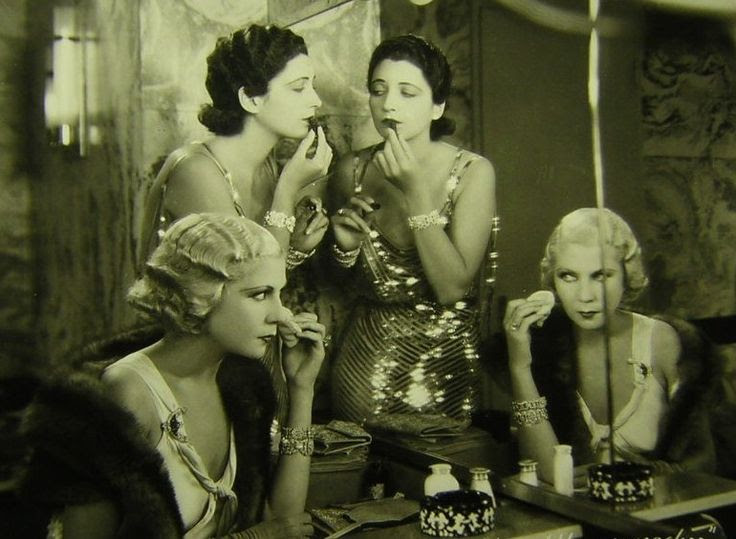 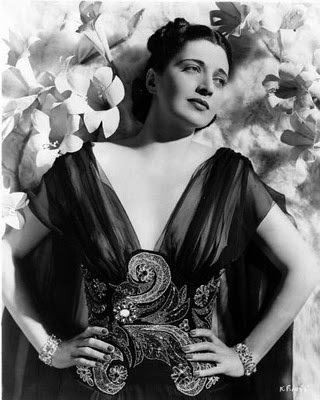 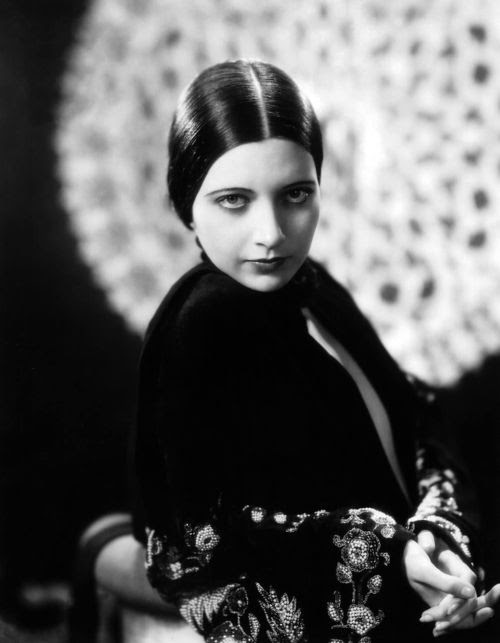 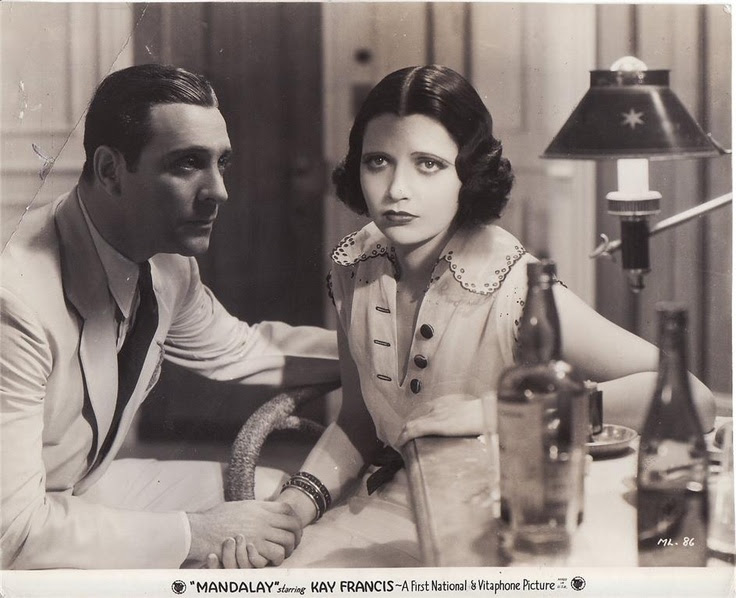 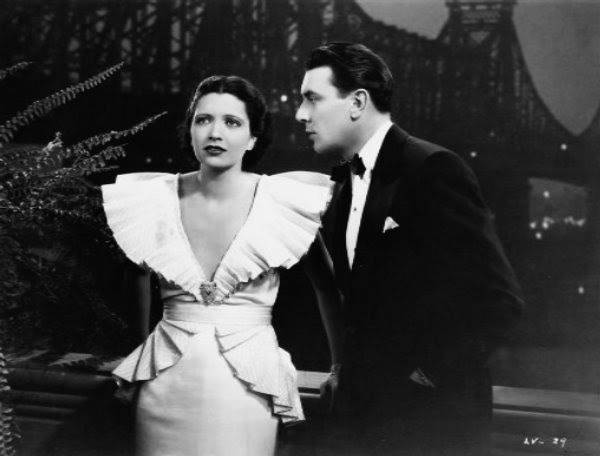 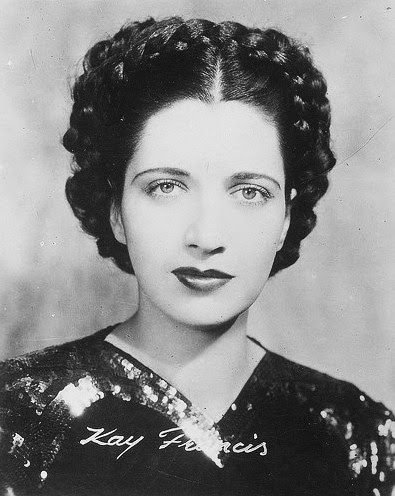 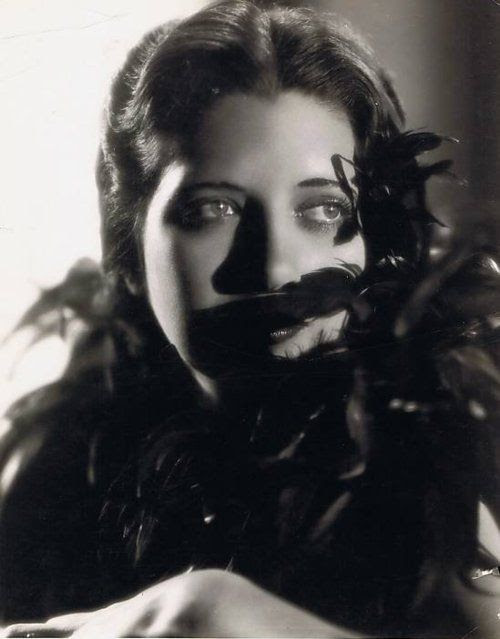